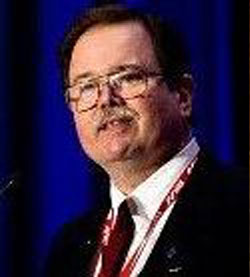 Dale Amon is a founder and CEO at Immortal Data Inc. and on the National Space Society’s Board of Directors. Amon has worked in technology, academia, and music in the United States and the United Kingdom, and in Northern Ireland. He is a technology entrepreneur of many ventures, one of which was the first Internet service provider in Ireland. He has worked at Queens University in Belfast and Carnegie Mellon University in Pittsburgh. At the latter he did hand-eye robotics at the Robotics Institute and haptic control systems for NASA in the Computer Music Lab. He was a Senior Engineer on the Lynx Spaceplane at XCOR Aerospace and has worked with several other New Space ventures. His company, Immortal Data Inc. has worked with Exos Aerospace, Excalibur Almaz, XCOR Aerospace, General Dynamics and others.