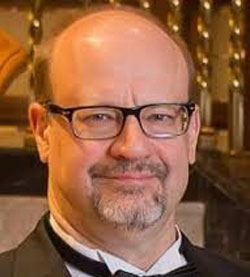 Chair of the Executive Committee,

National Space Society Board of Directors

After 17 years with Bell Labs (AT&T, Lucent Technologies), Dale Skran worked in several companies including Ascend Communications (VP of Enterprise Engineering), Sonus Networks (Director of Engineering), and CMWare (Founder, CEO, COO, and VP of Engineering). He was also a negotiator/ manager (Rapporteur) at the UN (International Telecommunication Union) where he led the development of international Internet standards for video conferencing and voice services (VoIP).

Dale is one of two NSS representatives to the Alliance for Space Development, and sits on the ASD Board of Directors. One of his major work areas is supporting the Space Exploration Alliance Washington Blitz in February, the March Storm, and the NSS Home District Blitz in August. He also also chaired the Space Policy Track at the 2014 ISDC. During 2013-2014 he gave a talk titled “NewSpace” to a variety of audiences. Additionally, he has written a number of articles for Ad Astra, including “A Summer in Newspace” (Winter 2013).