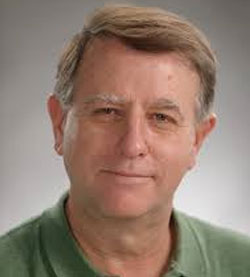 Dan Rasky is the co-founder and chief of the Space Portal, which has had a significant role in establishing several notable and successful NASA programs, including the Commercial Orbital Transportation Systems (COTS) program, the Vascular Tissue Centennial Challenge, and the Frontier Development Lab. He is recognized as an expert on advanced entry systems and thermal protection materials. In the 1990s, he and his research colleagues at NASA Ames invented a heat-shield material called Phenolic Impregnated Carbon Ablator (PICA).

In 2009, Rasky completed a one-year Interagency Personnel Assignment (IPA) with the Space Grant Education and Enterprise Institute, serving as a senior research Fellow supporting emerging space companies. One of these companies was Space Exploration Technologies Corp. (better known as SpaceX). With Rasky’s assistance and expert guidance, in 2010 the Falcon-9 rocket carried the Dragon capsule with its SpaceX fabricated PICA-X primary heat shield into space followed by a successful re-entry and return. All SpaceX Dragon capsules since have used PICA-X as their primary heatshields. In addition to the SpaceX Dragon, Rasky has made significant contributions to flight hardware for nine NASA missions, including the Stardust Comet Sample Return mission which set the record for the fastest entry ever of a man-made object at earth, at just under 13 km/sec. PICA also served as the primary heat-shield for the very successful Mars Science Laboratory (MSL) Lander mission and is the primary heatshield for the current Osiris-Rex asteroid sample return mission.