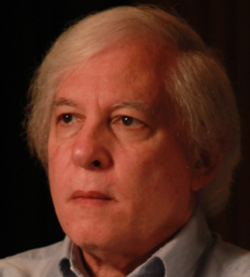 Dr. Joels’ professional experience includes creative and leadership positions with NASA, the National Air and Space Museum, Smithsonian Institution, the White House Young Astronaut Program as Director of Curriculum, and the Challenger Center for Space Science Education. He was a founder of Total Learning Research Institute directing the SPACE EXPLORERS Space Shuttle and Mars Simulator program and the MARS CITY STEM Challenge effort. He served on the White House Space Exploration Initiative for Moon/Mars mission planning. He has been a speaker at Star Trek conventions and has had longstanding friendships with Trek and SF stars and writers. He worked with SF writers on the future of the Air Force, and is a speaker on future space programs. He is the co-author of the Space Shuttle Operator’s Manual and author of the Mars One Crew Manual. He was a script advisor to the James Bond “Moonraker” film and other Hollywood projects.