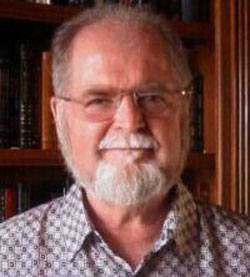 Niven was born in Los Angeles. He is a great-grandson of Edward L. Doheny, an oil tycoon who drilled the first successful well in the Los Angeles City Oil Field in 1892, and also was subsequently implicated in the Teapot Dome scandal. He briefly attended the California Institute of Technology and graduated with a Bachelor of Arts in mathematics (with a minor in psychology) from Washburn University in Topeka, Kansas in 1962. He also completed a year of graduate work in mathematics at the University of California, Los Angeles. On September 6, 1969, he married Marilyn Joyce “Fuzzy Pink” Wisowaty, a science fiction and Regency literature fan.