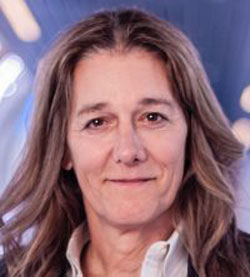 Martine Rothblatt is the Chairman & CEO of United Therapeutics Corporation, a biotechnology company she founded to save the life of one of her daughters from a rare disease, after having created and led as Chairman & CEO Sirius XM Satellite Radio. She was previously responsible for obtaining regulatory approval and/or launching several other satellite communications systems, including Geostar, PanAmSat and WorldSpace. She is also a designer and/or funder of several currently flying, manned, electric-powered vertical aircraft, and she holds the Guinness World Record for longest flight in an electric-powered helicopter. She has published books on satellite navigation, gender freedom, geopolitics, gene editing and cyber-consciousness, and she produced the film version of Ray Kurzweil’s best-selling book, The Singularity Is Near.